An all-inclusive, private island villa waiting to be discovered by you.

Ready for YOUR Motu Teta Experience?

It is legendary that those who visit the French Polynesian islands have the ability to set adrift the stress and anxieties through the many sounds, visions and tastes of the Tahitian lifestyle. This remote palm-studded island invites you to embrace all that Tahiti has to offer by introducing you to its many attributes… from its beautiful shores, to its unique… 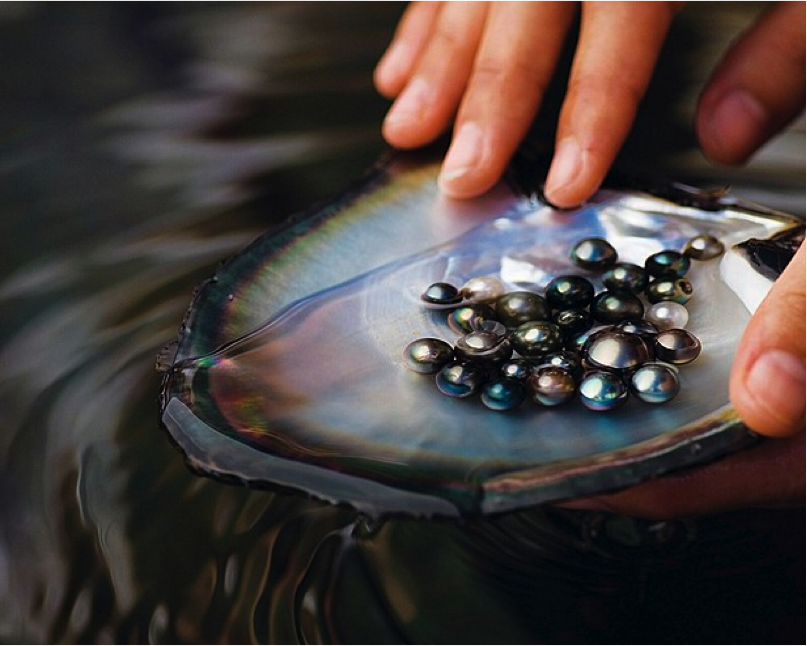 As if Motu Teta couldn’t be any more unique, the French Polynesian seas give us the gift of a hidden gem, straight from one of its very own species!

Tahitian Pearls are cultivated from the black-lipped variety of the pinctada maxima oyster, which reaches nearly a foot in diameter and produce pearls among some of the largest in the world. These pearls are traditionally called “black,” and get their color from the oyster’s black lips! While most are metallic silver in color, some can be found with blue, purple and even green overtones!

This oyster is very sensitive to the pearl culturing process, which makes the pearls very costly to produce and also made this pearl once one of the most rare and valuable in the world!

So, if there were already a thousand reasons to visit Tahiti, we just gave you one more! There’s no better way to celebrate the love in your life and take home a true Tahitian memory.